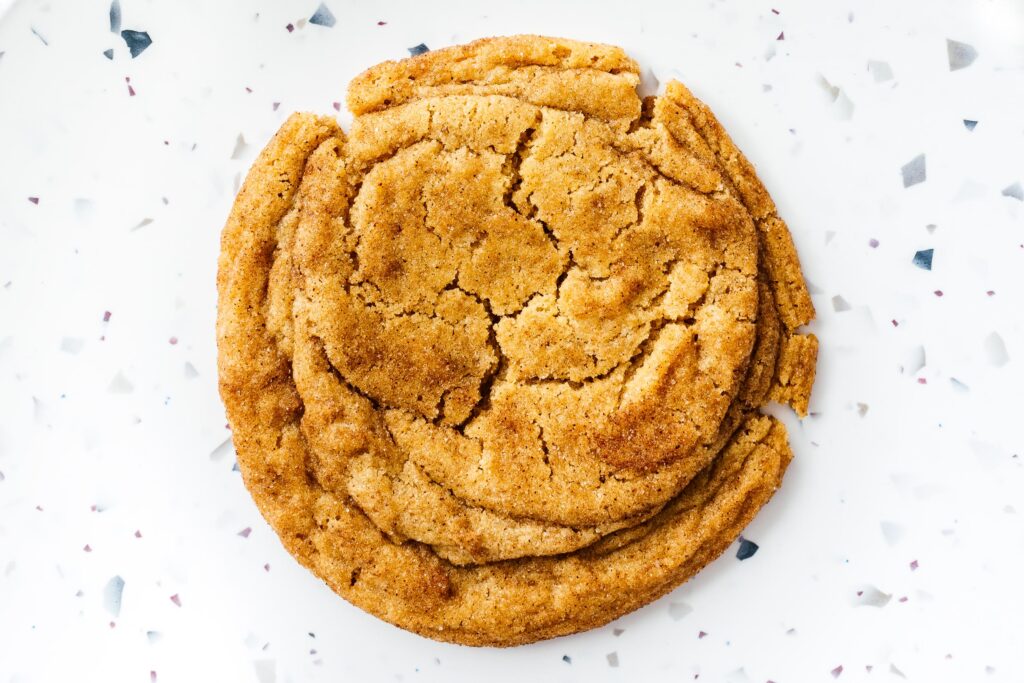 If you’re a snickerdoodle lover like me, you’ve probably searched google for “The Best Snickerdoodle Recipe.” For a long time, the top hit was Ms. Sigg’s Snickerdoodles. There are also a bunch of other recipes out there claiming they’re the best. I’ve made them all because I have loved snickerdoodles my whole life. After extensive research and experimentation, this recipe is hands down my favorite snickerdoodle recipe.

What is a snickerdoodle?

My ultimate snickerdoodle has ripple-y rings of different textures: crispy golden edges and a thick, soft, chewy middle. There’s a hint of toffee from the nuttiness of the brown butter and plenty of cinnamon. The cream of tartar adds a bit of tang in the background and there’s just enough salt to accentuate the sweet. Here’s how to make them! 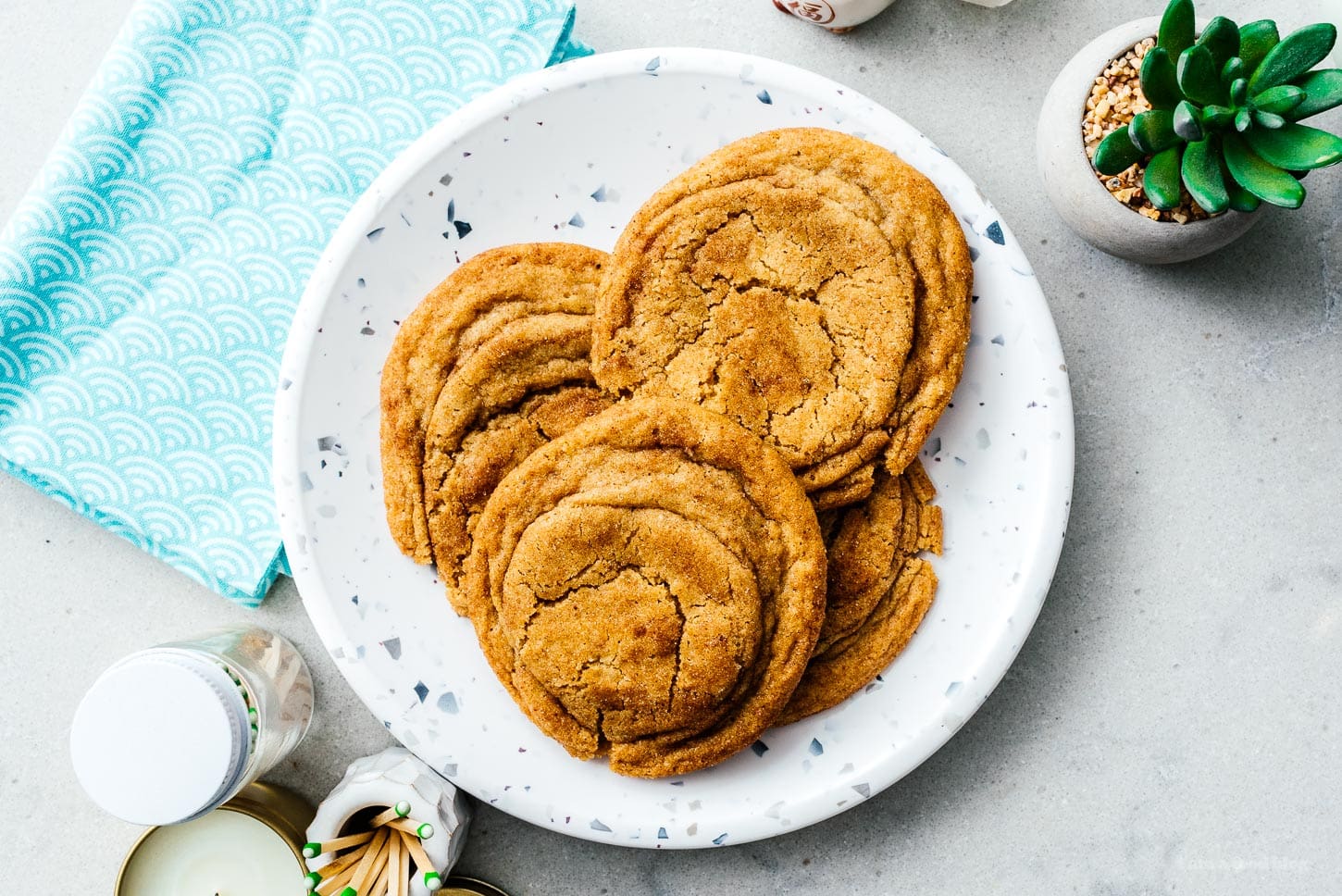 How to make snickerdoodles 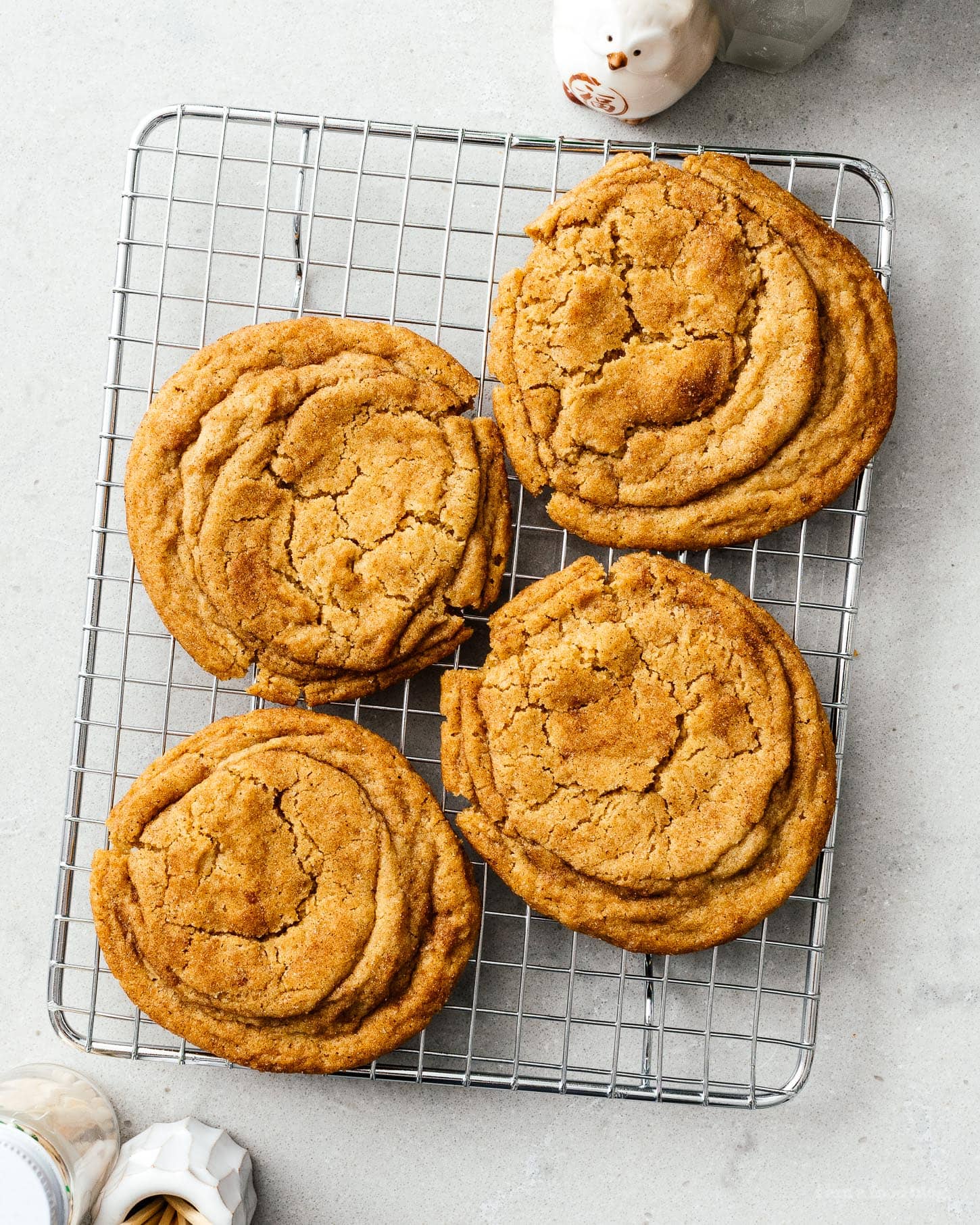 What is cream of tartar

Cream of tartar is a powdery acid that’s the byproduct of winemaking. It’s mostly used to stabilize egg whites and sometimes used as a leavener. You can find it in the baking aisle, near the baking powder and baking soda. Many people think it’s a pain to have around and are always looking for substitions or recipes without, but cream of tartar is usually under $5 on amazon so it’s totally worth it.

What does cream of tartar do

In the case of snickerdoodles, cream of tartar adds a bit of tang to the cookies. Some people say that it also makes them more chewy. 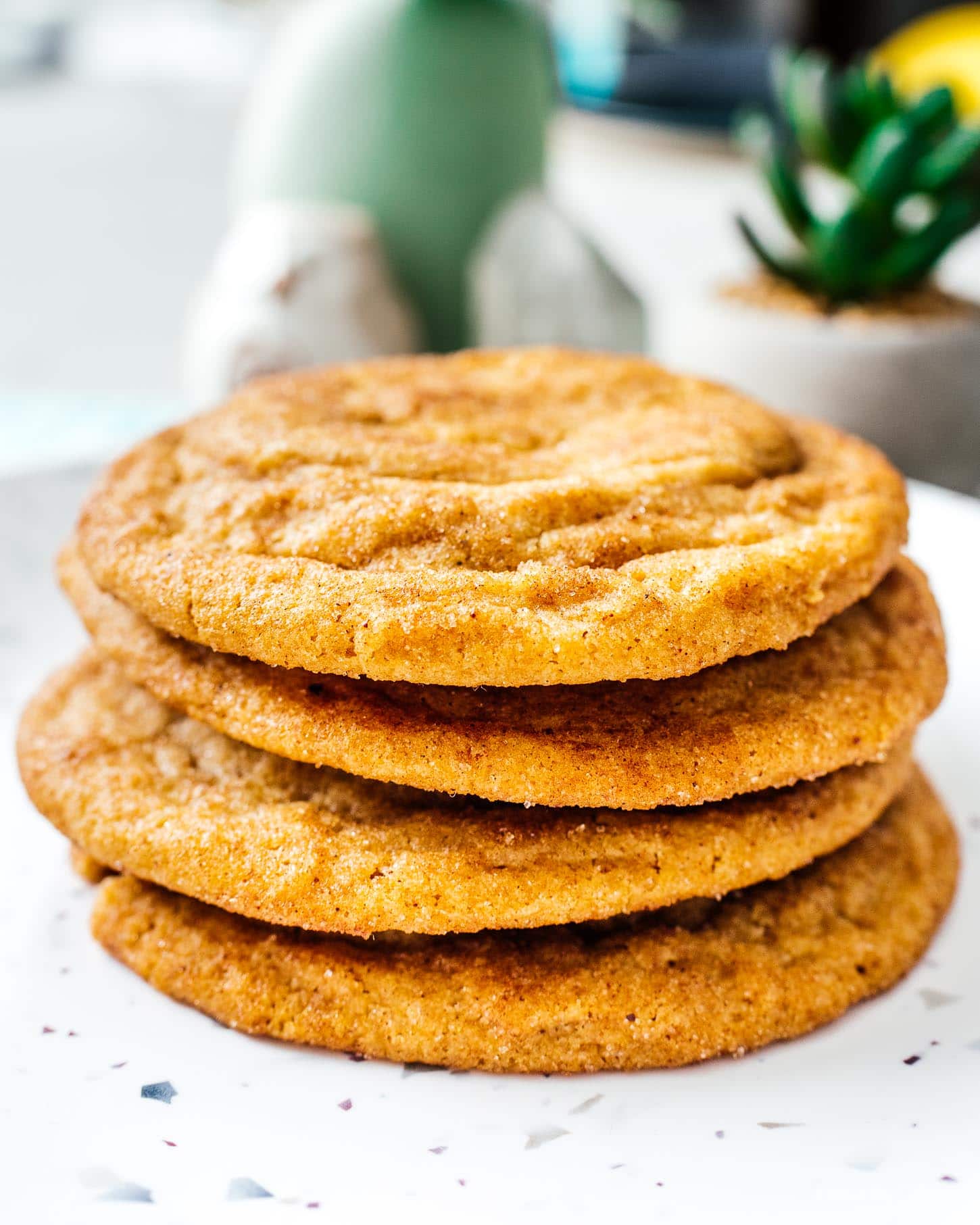 What else can you make with cream of tartar? 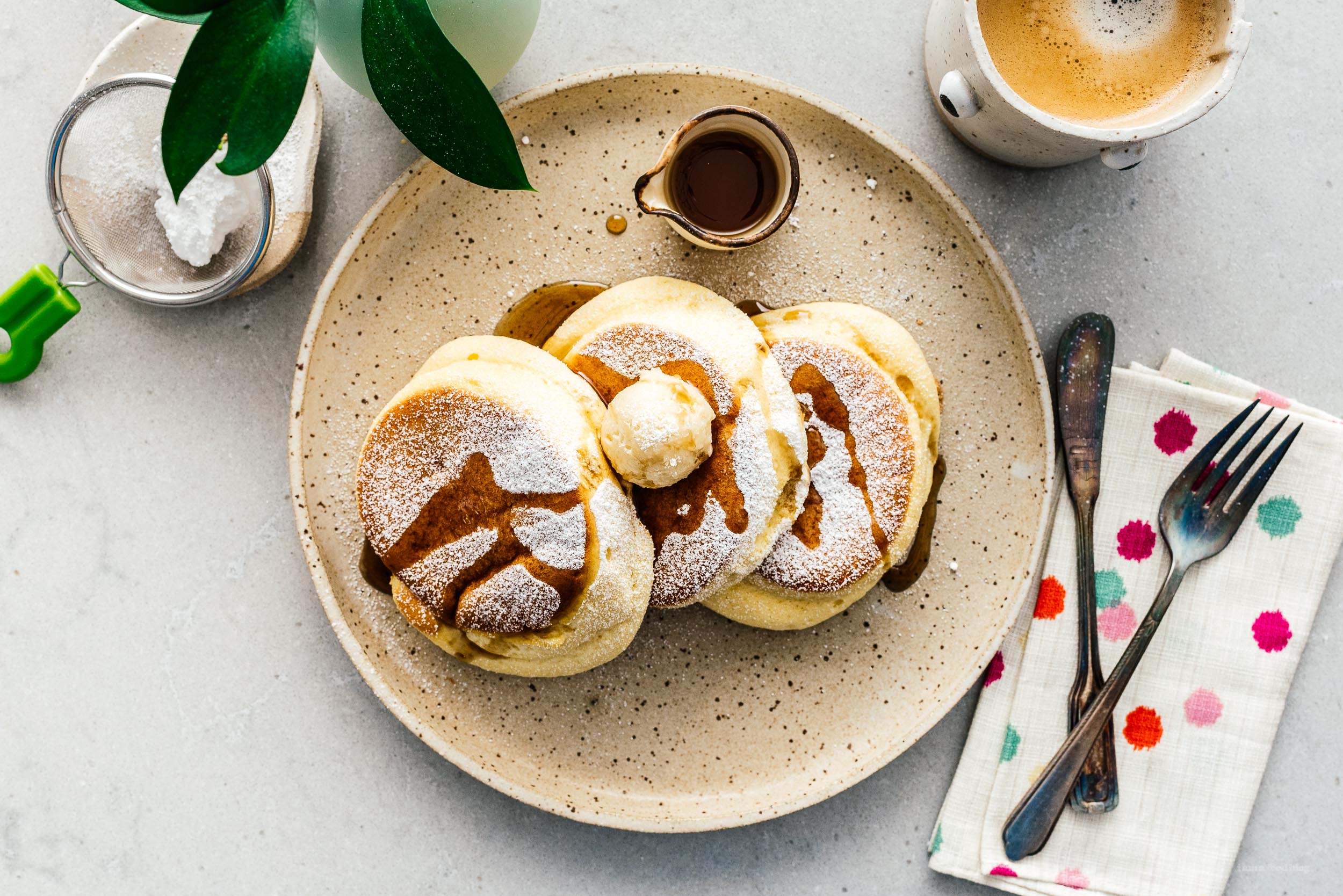 Can you make snickerdoodles without cream of tartar?

Yes, but they won’t technically be snickerdoodles. They’ll still be awesome though, probably the best soft cinnamon-sugar cookie you’ll ever make.

The key to making the best snickerdoodles

Browned butter brings so much flavor to baked goods for just a tiny bit of extra effort. It’ll add a nutty caramel roundness and highlight the cinnamon and sugar making your snickerdoodles deeper, richer, and more intense. And bonus, you don’t have to wait for your butter to come to room temp!

If you want cookies that are plush and thick, not thin and spread out, make cookie ball snowmen. Instead of scooping out single balls of cookie dough, scoop out two balls and stack them. As they bake, the cookie dough balls will melt down but not spread out, baking into distinct edges and middles. 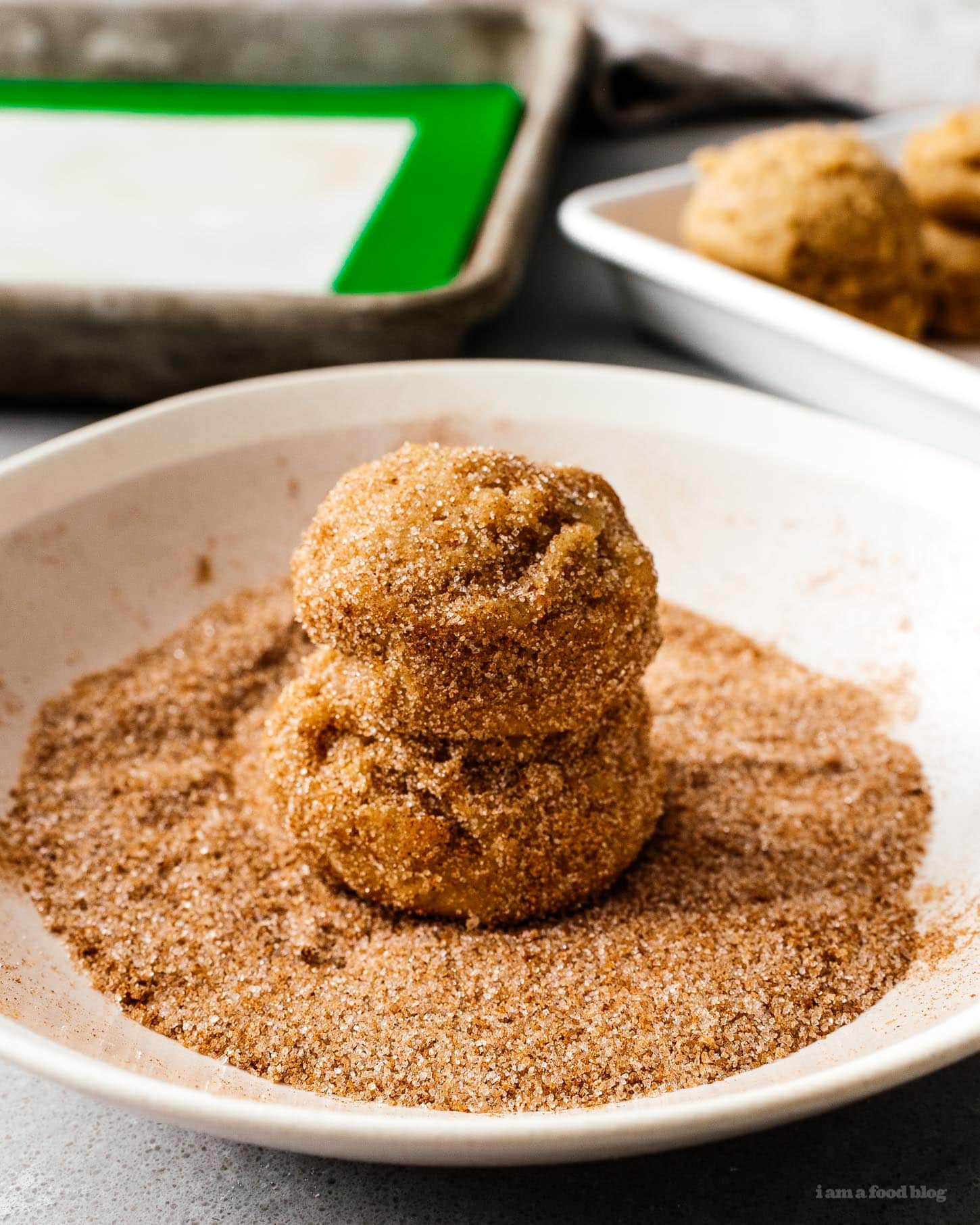 I hope you give these snickerdoodles a try. I’ve been making them over and over. There’s nothing quite like a still warm snickerdoodle!